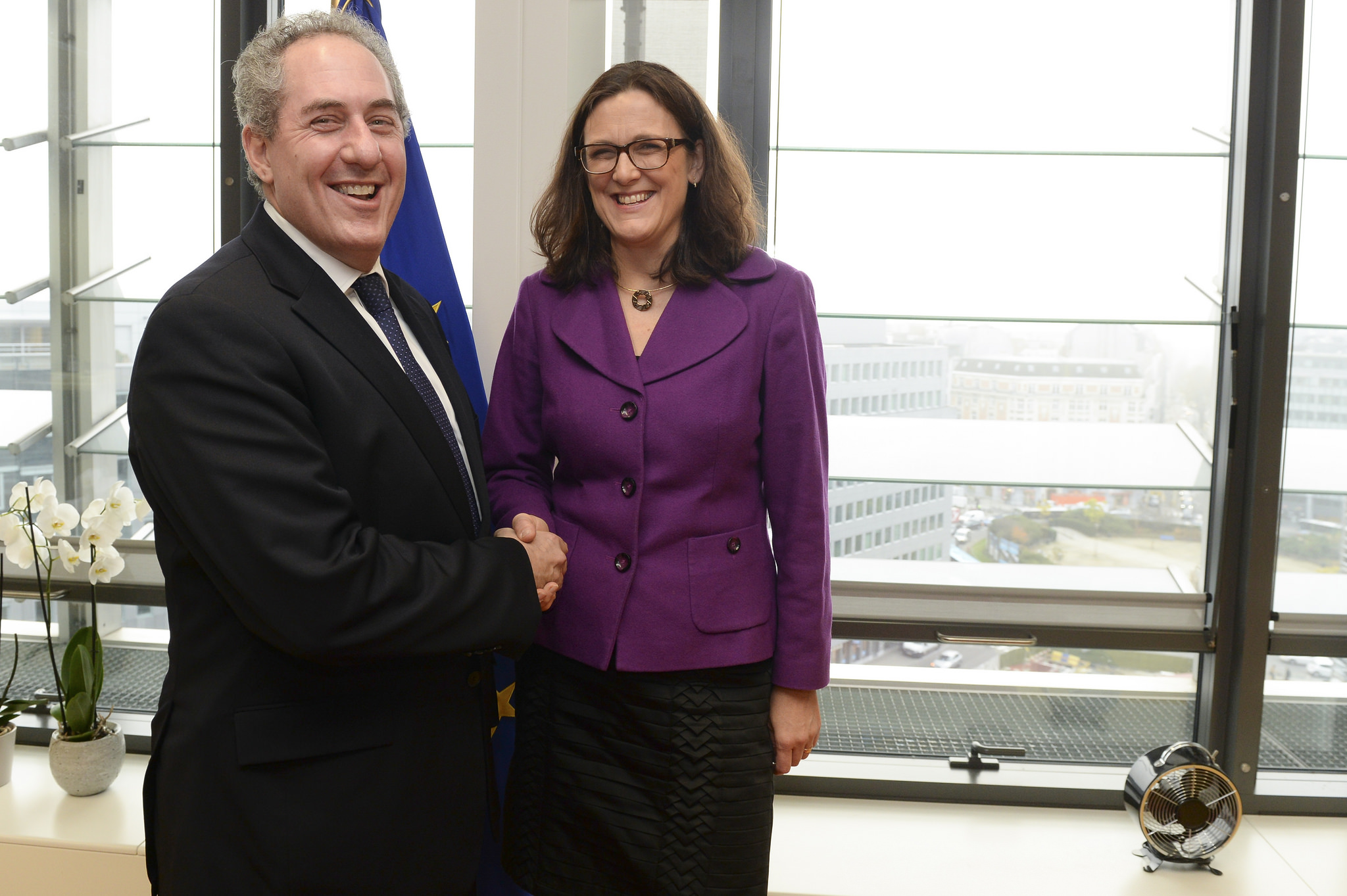 U.S. Trade Representative Michael Froman met today with European Union Trade Commissioner Cecilia Malmström in Brussels, Belgium to discuss the Transatlantic Trade & Investment Partnership (T-TIP).  The meeting was their first face-to-face meeting and an opportunity to discuss their work on a fresh start to the negotiations. The meeting builds on the leaders meeting that took place in Brisbane, Australia during the G-20, where President Barack Obama and European Union President Juncker, and European leaders recommitted to the aims of T-TIP. Commissioner Malmström will visit Washington December 8-9 to meet again with Ambassador Froman.  That meeting will be followed by a formal negotiating round in Brussels in early February.

“We have an opportunity to work together for a fresh start to the negotiations and we are off to a good beginning. The United States is committed to moving forward with T-TIP as soon as we can and as fast as we’re able. T-TIP can make a major contribution towards underscoring that the transatlantic relationship is second to none at a time of geopolitical uncertainty around the world. We very much look forward to working with Commissioner Malmström and her colleagues toward that objective.”