On Saturday, May 30, Brian Knowlton of the New York Times and the International Herald Tribune profiled Ambassador Kirk in his new role as U.S. Trade Representative. Read parts of the article below, and the full article online. 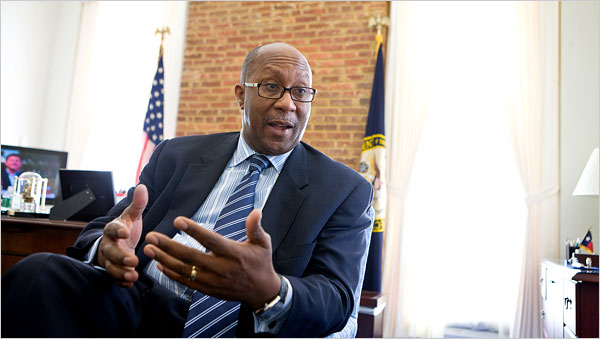 “I understand the pain,” Mr. Kirk said, noting that his in-laws in Detroit include many past or present auto workers. “To save trade, we’ve got to do it in a way that we are more responsible, and responsive, to those who are skeptical about it.”

Mr. Kirk, a big, droll man with an outsize personality, says he does not have “deal fever,” indicating no rush to slam together new trade deals, even if the local politician in him hates to see solvable issues drag on. He has said that existing trade pacts must be more strictly enforced, particularly on environmental and labor standards, even if the bad economy complicates that work.

Some trade specialists see his early remarks as auguring a reassuringly steady course.

“So far, the big story is the continuity of U.S. trade policy” under Mr. Kirk, said Daniel Griswold, director of the Center for Trade Policy Studies at the Cato Institute. “It’s been pleasantly surprising for trade advocates.”