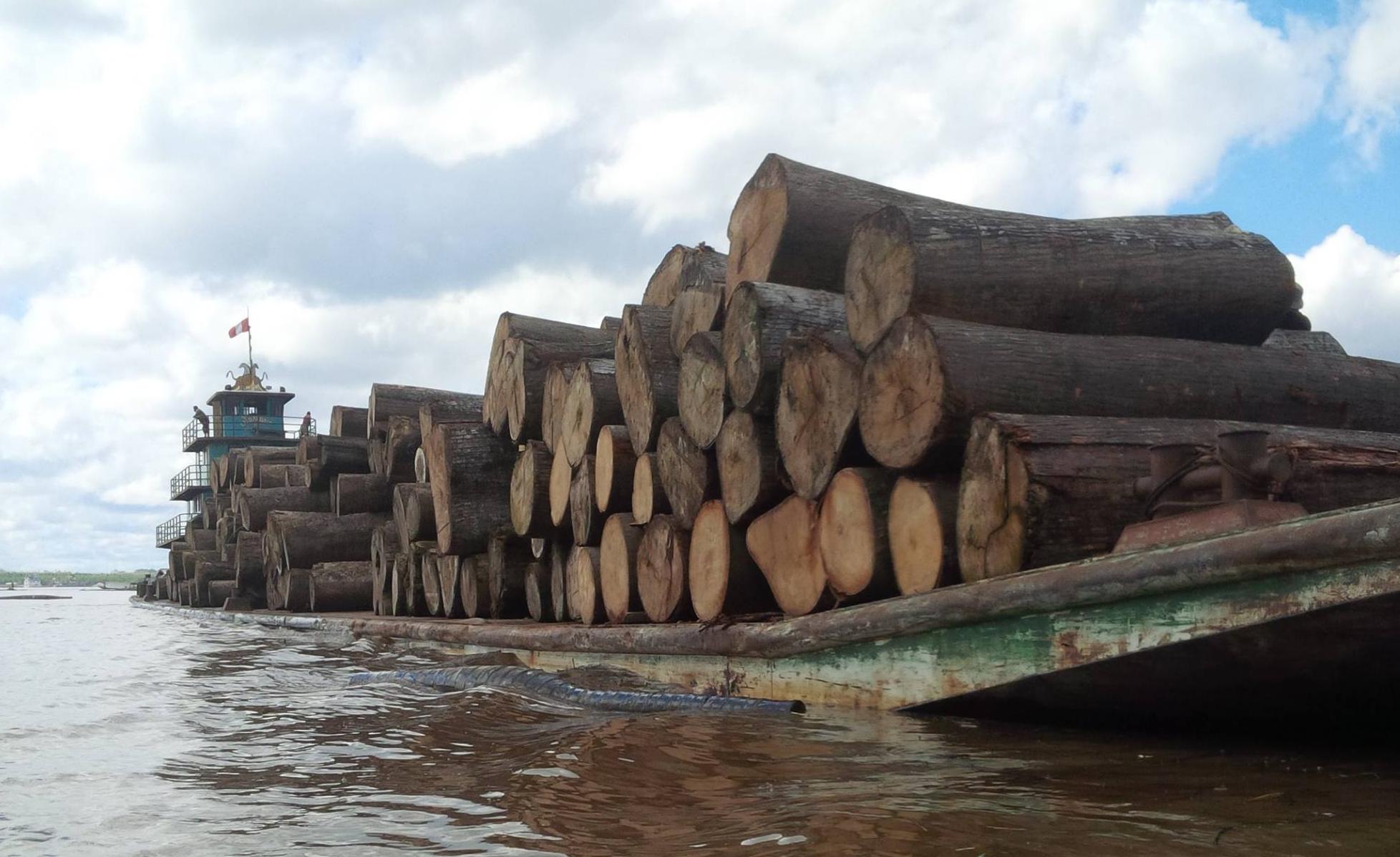 The Ucayali River runs nearly one thousand miles, flowing from the Arequipa highlands of Peru down into the Amazon River in the lowlands.  It is the main artery of the timber trade in Peru.  Trees are felled and harvested on forest concessions surrounding the river, generally from April through November, then stored at collection points, waiting for the rainy season to come when the water levels rise and the cut logs can be floated down the river to sawmills for cutting and processing.

The Ucayali region is one of the largest timber producing region in Peru, with concessions covering nearly 100,000 square meters.  It also has the highest rate of deforestation in country, expected to reach 44,000 hectares per year by 2020, with illegal logging being a significant contributor. 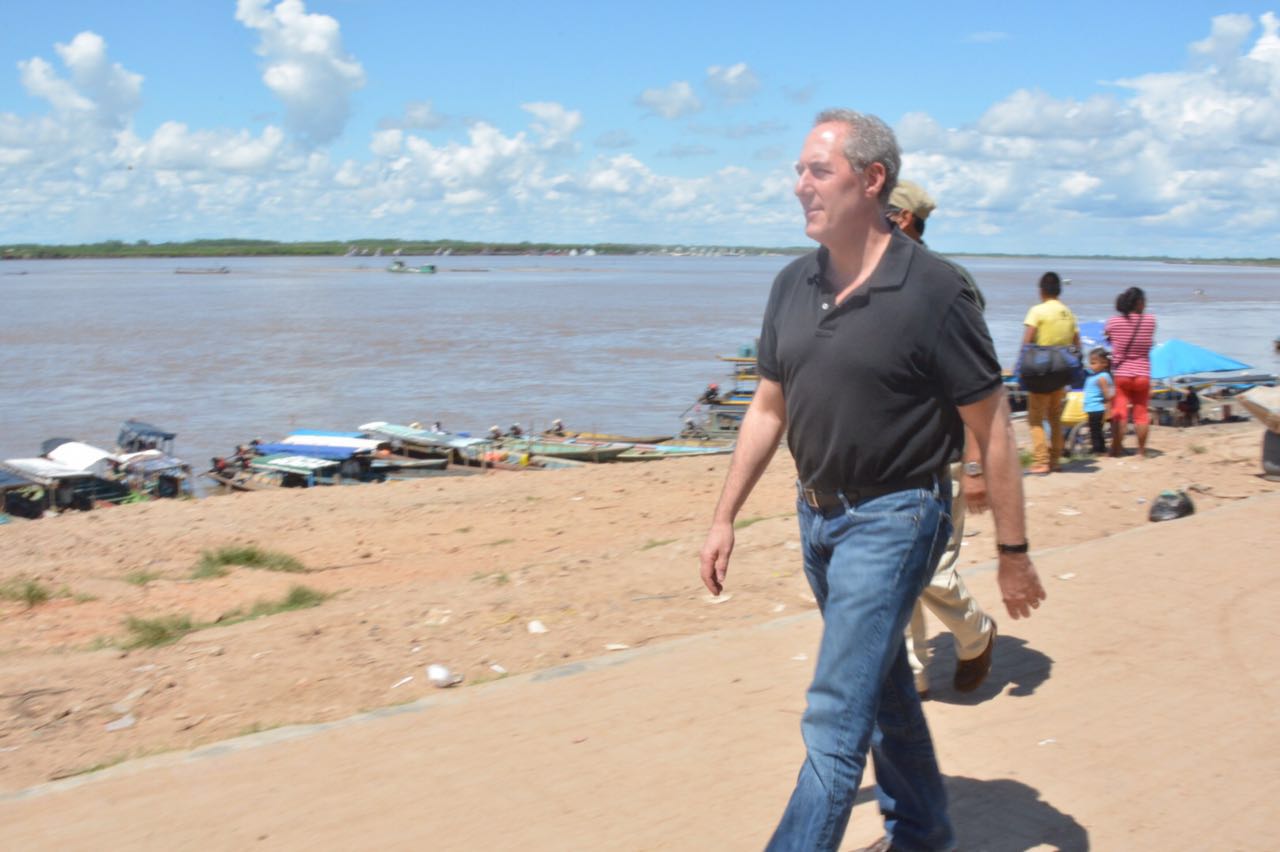 Today, I travelled to the port of Pucallpa, on the banks of the Ucayali, to meet with some of the officials and agencies that are on the front lines of the battle to improve forest governance and combat illegal logging in Peru. I was joined by Maximo Salazar, Executive Director of El Organismo de Supervision de los Recursos Forestales y de Fauna Silvestre (OSINFOR); Cesar Fourment, Peru’s High Commissioner for Combatting Illegal Logging; and Dr. Lorena Basillo, Senior Prosecutor of the Fiscalías Especializadas en Materia Ambiental (FEMA), as well as Fabiola Munoz, Executive Director of Peru’s Forest and Wildlife Service (SERFOR).

The fight against illegal logging is critical.  Peru is one of the 10 most biodiverse countries on earth.  Over half of its territory —some 260,000 square miles — is comprised of Amazonian rainforest, home to thousands of species of birds, animals and plants.

As a destination market for wood illegally harvested in Peru, the United States has been a partner to Peru in its efforts to combat illegal logging.  My visit this week sought to underscore our shared goals in this regard.

The forest provisions of the U.S.-Peru Trade Promotion Agreement (PTPA), passed by the U.S. Congress in 2007, helped catalyze a new era of forestry governance in Peru, including the creation of OSINFOR, SERFOR, FEMA and a number of other environmental regulatory bodies over the last 8 years.  Since 2009, when the agreement came into effect, the U.S. government has also dedicated over $90 million in technical assistance and capacity building to support forest sector reforms and address enforcement challenges, including the development of a state-of-the-art electronic timber tracking system that, once implemented broadly, will help Peru better monitor the movement of logs from stump to ship and detect illegality. 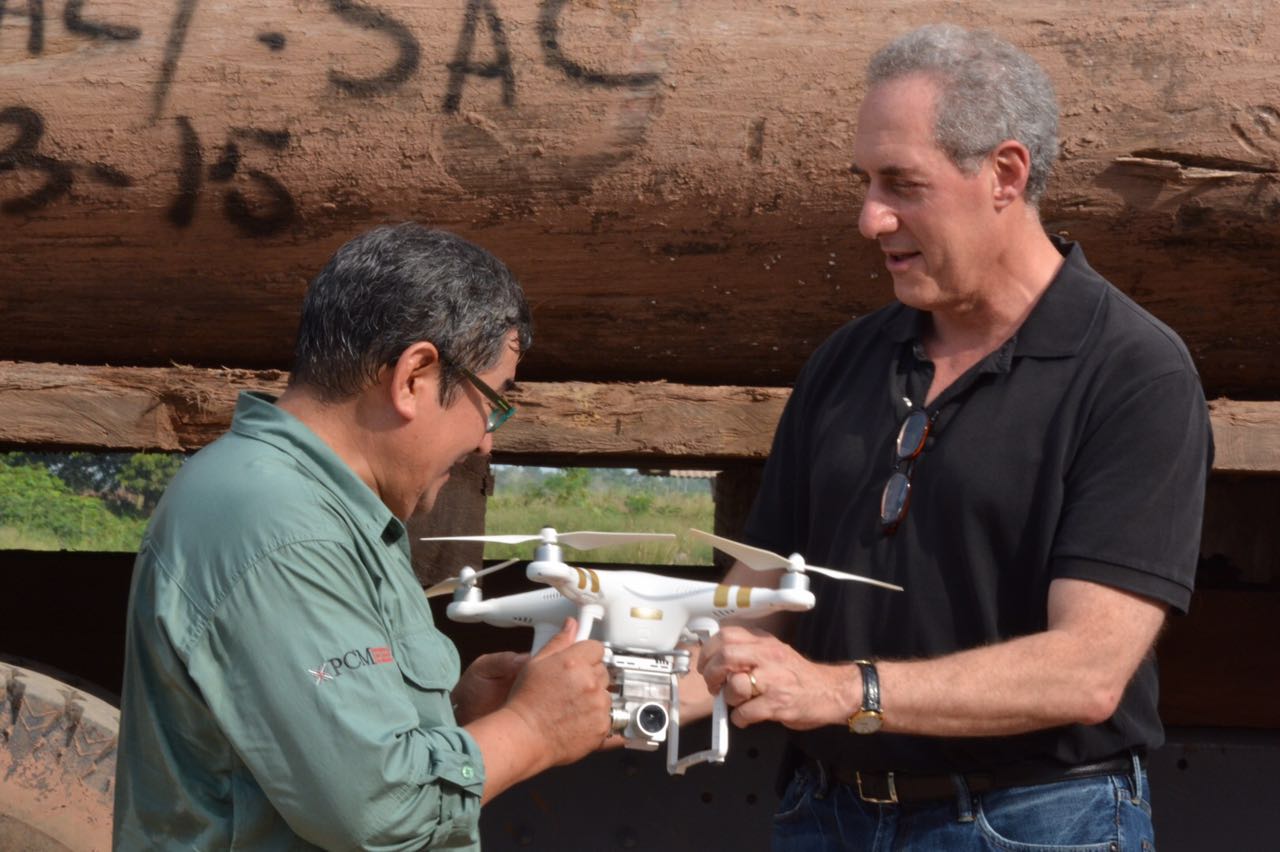 During my visit, I saw a pilot of this tracking system being used in one of the busiest checkpoints in the region.  I also saw a demonstration by FEMA of a new satellite monitoring system for deforestation, which USAID donated to Peru in order to help better identify unauthorized harvesting.  And I handed over a drone to OSINFOR to help in the conduct of its “supervisions” (inspections) of often difficult to reach forest concessions.  Use of these technologies can not only help with detection of illegality but to build evidence for prosecution of environmental crimes.

The partnership between the United States and Peru has had important successes.  Most recently, on April 22, Peruvian law enforcement authorities led by Fourment – and with the assistance of U.S. government officials in Lima – took down an organized criminal network in Ucayali involved in illegal logging and trafficking of timber.  This operation – which resulted in the arrest of 19 individuals, including police and regional government officials involved in the transit and permitting processes – highlighted fundamental issues of corruption and criminality that underlie illegal logging in Peru.

Our work together on the law enforcement front has also led to the detection of suspected illegality in a number of shipments going from Iquitos, further downriver from Pucallpa, to the United States and to actions taken against these imports.  The deployment of both U.S. Fish and Wildlife and Forest Service attaches to Peru has created opportunities for stronger engagement between our governments.  Further, as on-the-ground conservation NGOs like Environmental Investigation Agency, the World Wildlife Fund, and SPDA noted during my visit, with the establishment of OSINFOR, SERFOR, FEMA and others, the right regulatory and institutional framework is now largely in place to carry forward the fight. 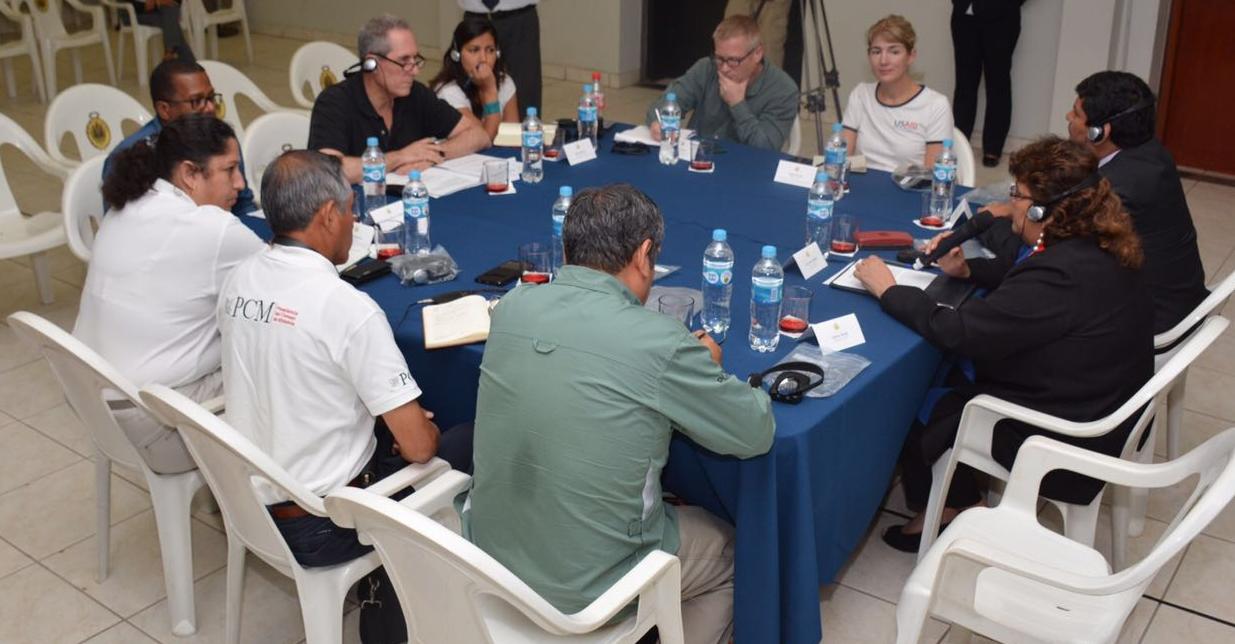 But the fight is far from won.  The problems of illegal logging in Peru have a long history -- and addressing them is as difficult as it is urgent.  To that end, the tools that we have under the PTPA and our bilateral technical engagement are vital.  In February, for example, we deployed the verification process under the PTPA to assess the legality of certain timber that entered the United States last year.  This verification will serve a critical diagnostic purpose, helping identify where in Peru’s process breakdowns may be happening, in the same vein as Peru’s own assessments under “Project Amazonas” in 2014 and 2015.  Work continues between our respective law enforcement agencies.  And our Embassy in Lima is pressing forward with further ambitious technical assistance efforts.

We cannot expect Peru to go it alone.  While the illegality may happen in Peru, the problem is global; and it is as much a commercial problem as an environmental one.  Solutions will have to be holistic too: bringing more international partners to the table (such as through the Trans-Pacific Partnership agreement which would require all signatories to help combat illegal trafficking whatever the source country), and integrating affected private sector and NGO stakeholders.

Our efforts will continue, as will our commitment to building partnerships and finding solutions.