As regulatory issues increasingly create barriers for companies engaged in international trade, this workshop principally focused on two elements of Good Regulatory Practice – internal coordination and public consultation in the development of new regulations – and reviewed the practices in both countries. The Office of the United States Trade Representative (USTR) and Indonesia’s National Standardization Agency (BSN) organized the two-day event with assistance from the Support for Economic Analysis Development in Indonesia (SEADI) project, a USAID program. During the discussions, participants shared information on effective regulatory practices developed by international and regional organizations, including the World Trade Organization (WTO), the Asia-Pacific Economic Cooperation (APEC) forum, the Organization for Economic Co-operation and Development (OECD), and the Association of Southeast Asian Nations (ASEAN). Participants also discussed opportunities for future cooperation, which could include capacity building to improve interagency processes for notification, exploring the establishment of a single gazette or website for regulations, capacity building for e-rulemaking, and undertaking regulatory impact assessments.

The workshop featured strong participation from both U.S. and Indonesian government officials, as well as private sector stakeholders from both countries, reflecting the critical importance of public-private partnerships in effecting Good Regulatory Practice. The U.S. government was represented by officials from USTR, as well as the Department of Commerce’s International Trade Administration (ITA) and National Institute of Standards and Technology (NIST).

The Conference on Good Regulatory Practices is the first programming conducted for Indonesia as a part of the WTO Standards Alliance program, which USTR and USAID launched in November 2012 to help build capacity among developing countries to improve implementation of the Technical Barriers to Trade Agreement (TBT). The American National Standards Institute and USAID recently agreed to collaborate on a new, multi-year public-private partnership intended to assist developing countries in effectively implementing their commitments under the TBT Agreement. This leveling of the playing field will reduce the costs and bureaucratic hurdles associated with exporting and will make American products more competitive abroad. 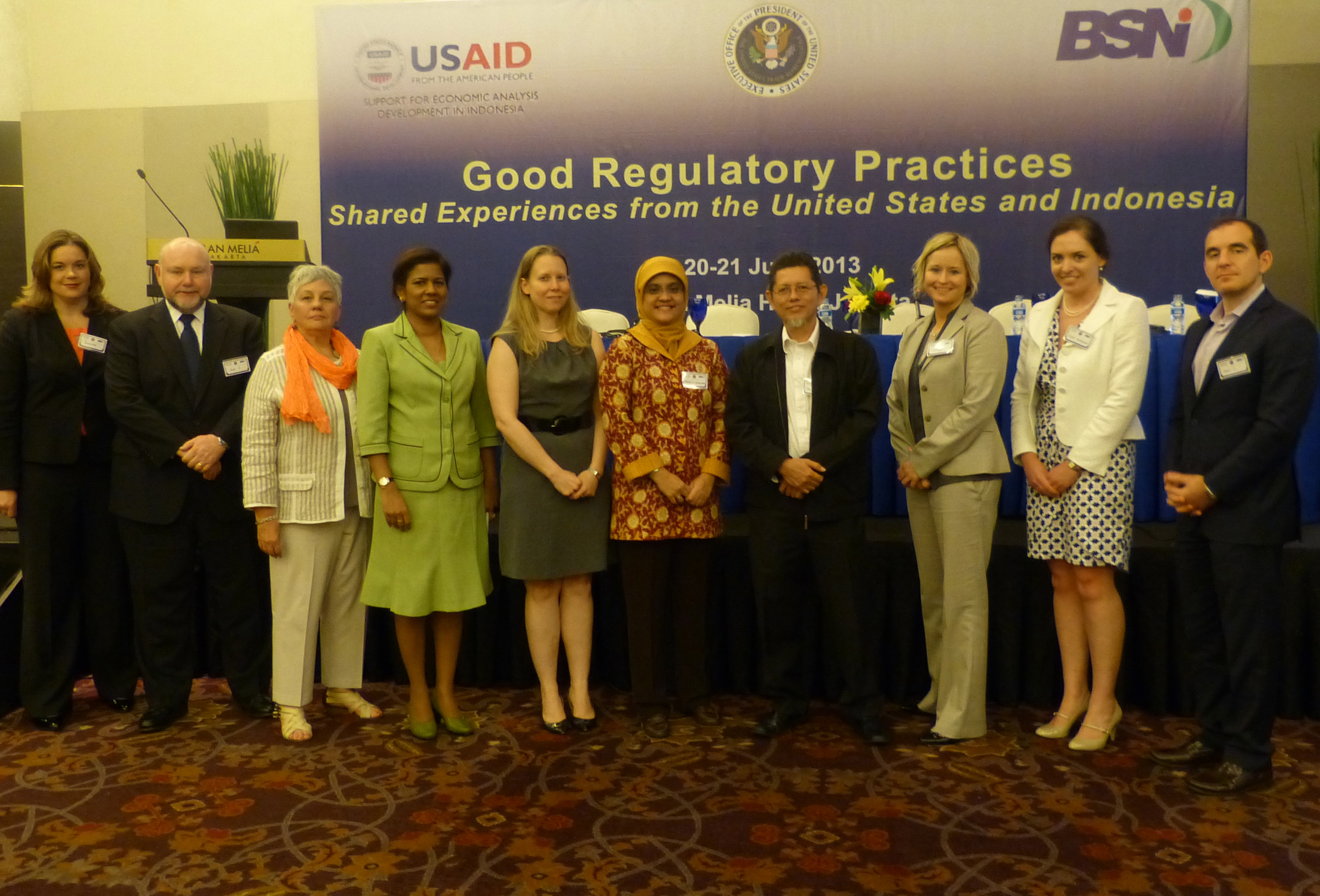 Officials from the U.S. and Indonesia at the “Good Regulatory Practices” workshop, aimed at promoting effective regulatory practices to encourage enhanced trade and investment between the two countries