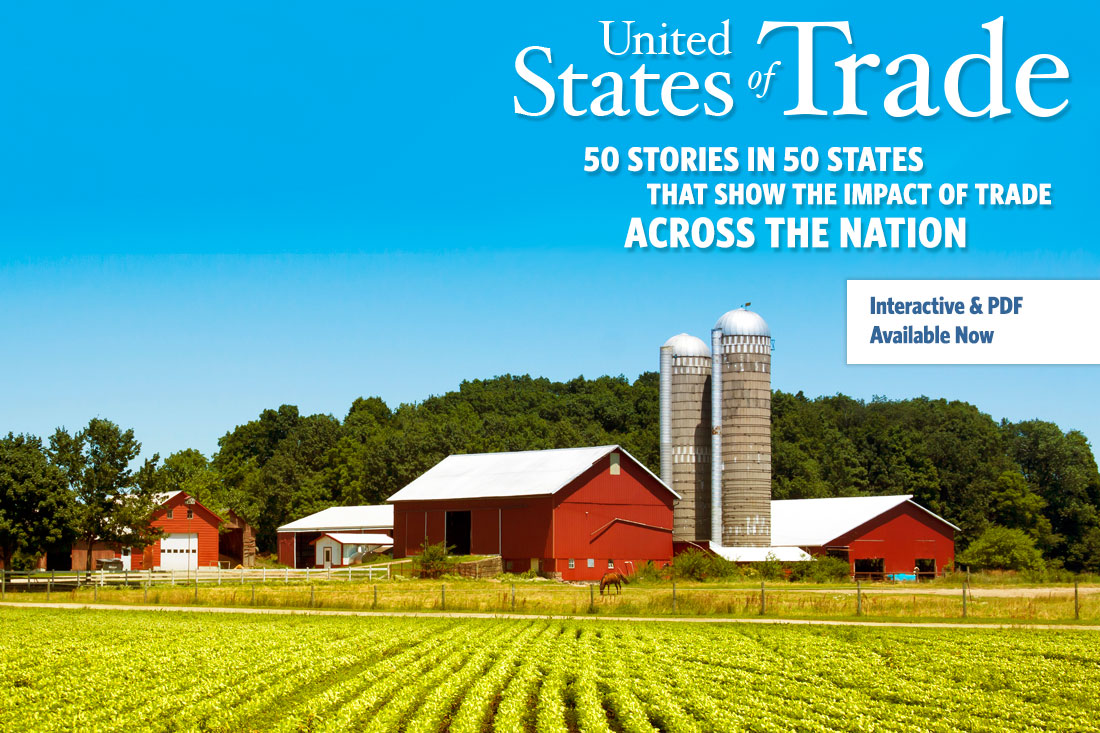 WASHINGTON –U.S. Commerce Secretary Penny Pritzker and United States Trade Representative Michael Froman today released a new report that shows that the number of jobs supported by goods exports continues to rise in states across the country. The report also includes individual success stories, in all 50 states, of small and medium sized businesses that are using exports to expand their businesses and support well-paying American jobs.

"From coast to coast, exports have played a critical role in economic growth and creating jobs in America," said Commerce Secretary Penny Pritzker. "The reports we are releasing today demonstrate the impact of exports on American communities large and small. They tell the story of thousands and thousands of U.S. businesses and 11.7 million American workers whose livelihoods are supported by exports each and every day. President Obama has set an ambitious trade agenda that will put American workers first by creating opportunities for our businesses to sell their goods and services to the 95 percent of consumers who live outside the U.S. This agenda includes passage of trade promotion legislation and the enactment of strong trade agreements that are essential to job creation, the economic security of our families, as well as our nation's competitiveness and national security."

“This report shows that the President’s trade agenda puts American workers first,” said U.S. Trade Representative Ambassador Michael Froman. “In every state across the country good-paying jobs are tied to “Made in America” exports. This report also tells the story of American small businesses that will benefit from tearing down trade barriers in markets around the globe, and this is where we see a lot of opportunity for growth and more trade supported jobs. With the Trans-Pacific Partnership we have a once-in-a-generation chance to unleash the economic potential of American small businesses and to level the playing field for our workers.”

The United States of Trade report also includes the most current data for all 50 states on the overall value of goods exports and on exports to countries involved in the Trans-Pacific Partnership (TPP) and the Transatlantic Trade and Investment Partnership (TTIP), as well as data on the number of exporters and the percent of exporters that are small- or medium-sized businesses. The Administration report was released in conjunction with the Jobs Supported by State Exports 2014 economic brief from the Department of Commerce, which showed that 43 states registered increases in the number of jobs supported by goods exports from 2009-2014.

For the past 40 years, Congress has enacted trade promotion authority (TPA) legislation to help guide both Democratic and Republican Presidents in pursuing trade agreements that support U.S. jobs, eliminate barriers to U.S. exports, and set rules to level the playing field for U.S. companies, farmers, ranchers and workers. TPA allows Congress to set high-standard objectives and priorities for U.S. trade negotiators and establishes a process for consulting with Congress and the public.