The United States-Korea Free Trade Agreement (KORUS) turned three this year, and thanks to KORUS, our trade and investment relationship with Korea is larger and stronger than ever before. Even with an economic downturn in Korea during this period, we are off to a good start. But there is a long way to go, including by being vigilant about its implementation, before we will see the full benefits.

Our goal in concluding this historic agreement was to open markets for American goods and services, to strengthen the U.S.’ position at the heart of world manufacturing, research, and innovation, and to support high-paying jobs for Americans at home. As the agreement’s commitments come into force, we are on our way toward this goal. Full and faithful implementation of the agreement will continue to be vital to the success of KORUS and in realizing its full potential for American businesses, workers, farmers and ranchers exporting to our sixth-largest trading partner. 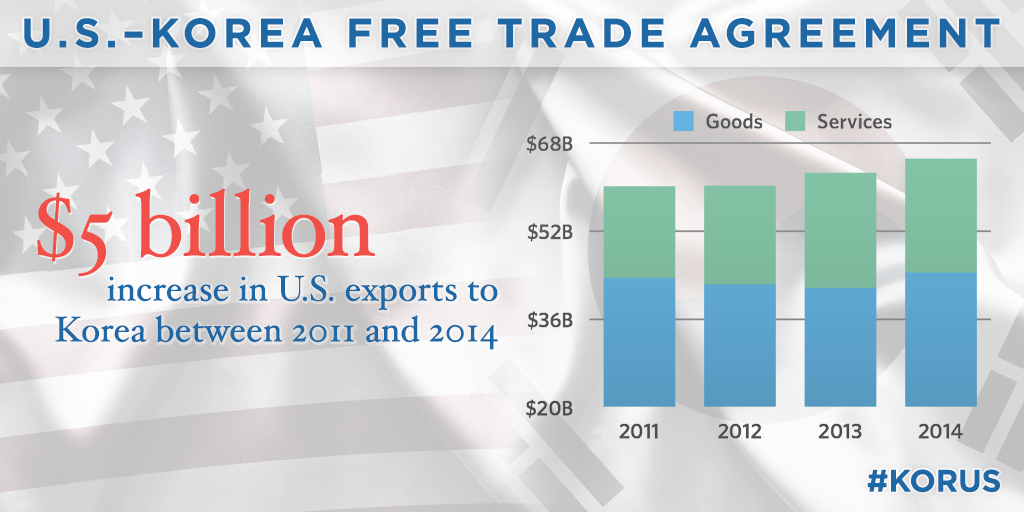 Our two-way trade with Korea has risen from $126.5 billion in 2011 to $145.1 billion in 2014, and U.S. goods and services exports to Korea hit an all-time high of $65.1 billion. Exports and market share have risen for dozens of manufacturing sectors, while sales in high-value farm and ranch products boomed and services exports remained strong. Taken overall, the agreement is unlocking opportunities for more Americans, supporting good-paying jobs, and has contributed to our record overall exports of $2.34 trillion last year.

Exports of U.S. goods to Korea were at a record level of $44.5 billion in 2014, with manufactured goods accounting for most of this total.  U.S. exports of autos to Korea increased by over 40% so far this year as compared to last year. Korea is now our tenth largest export market for autos, with annual exports on track to exceed $1 billion for the second consecutive year. Sales of “Detroit 3” cars in Korea outpaced both the overall growth of U.S. exports to Korea and worldwide exports of U.S. passenger vehicles.  This was thanks to the reduction of Korea’s tariffs on U.S. autos by half under KORUS (with the remainder of the tariff slated to be eliminated next year), and greater market access provisions, boosting demand for Made-in-America cars.  As a result, starting from a small base, U.S. auto exports have increased by nearly 140 percent since 2011. 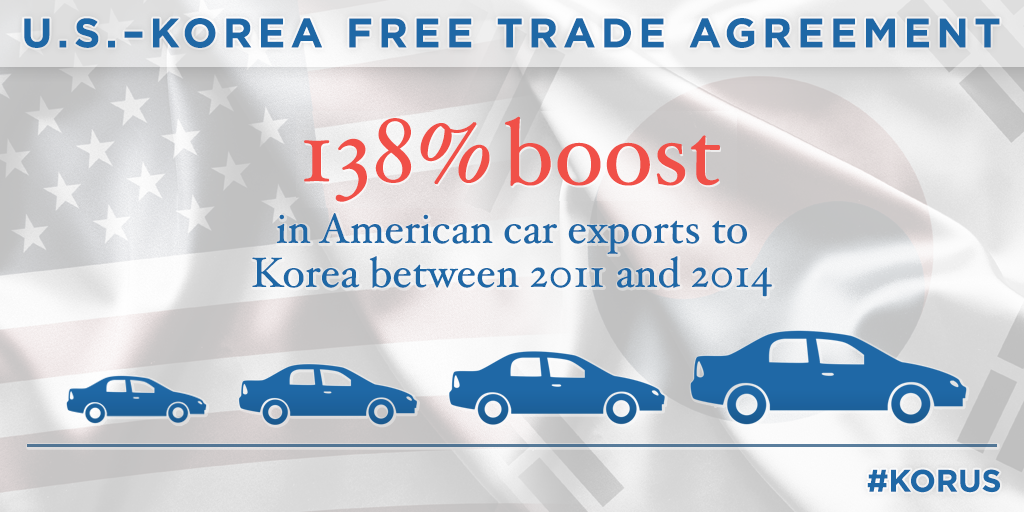 And we can’t forget about services. Thanks to market opening provisions under KORUS that have expanded opportunities for our growing services trade, U.S. services exports to Korea have seen robust growth, up 24.1 percent to an estimated $20.7 billion in 2014. This rate of growth nearly doubled the overall 13.2 percent growth of U.S. services exports to the world. 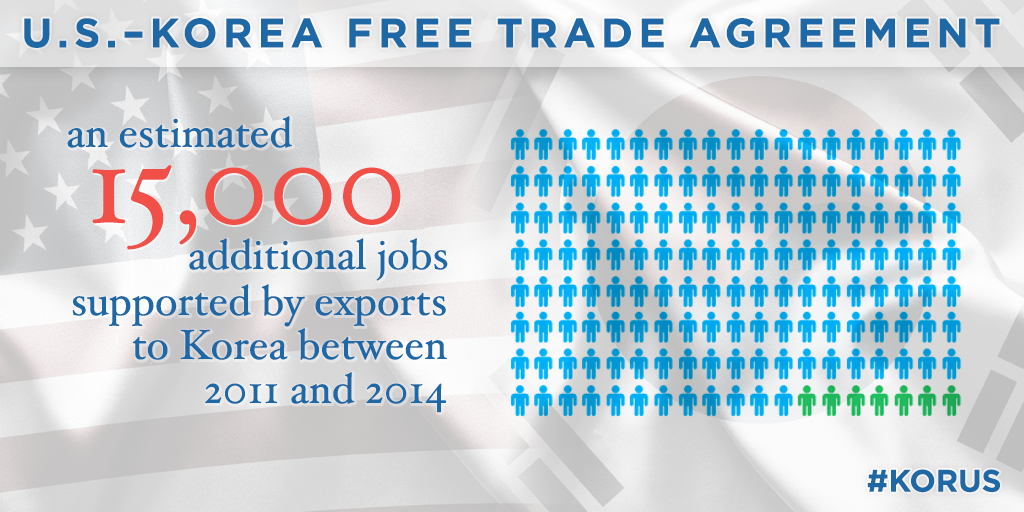 And at the same time, the agreement is spurring investment in the United States, as Korean businesses commit to manufacturing, research, and job creation in the United States. As KORUS came into force, Korean FDI totals in America nearly doubled, rising from $19.8 billion to $36.1 billion just from 2011 to 2014. This includes more than $2.5 billion in new manufacturing investment.

Slower growth in Korea has caused our goods and services exports to Korea to decline by 1.6% in the first half of 2015. However, with overall Korean goods imports down by about 15.5 percent, the U.S. has actually gained share vis-à-vis many of Korea’s key trading partners, including Japan, the EU, and Australia.

After three and a half years, the benefits of KORUS are tangible. They will only continue to grow as the agreement further reduces and eliminates tariffs, enhances market access, and addresses non-tariff barriers for American goods and services, supporting jobs and promoting prosperity in our country.