“The United States welcomes the WTO’s findings in this dispute.  This is a great win for the United States,”said Ambassador Froman.  “Argentina’s protectionist measures impact a broad segment of U.S. exports, potentially affecting billions of dollars in U.S. exports each year that support high-quality, middle class American jobs.  This case demonstrates the Obama Administration’s unwavering commitment to enforce our trade rights and to fight for the interests of American workers, businesses, and farmers.  We will continue to work tirelessly to ensure that our trading partners play by the rules.  Since 2009, this Administration has brought 18 enforcement actions in the WTO, and we have won every one decided so far.”

Both the DJAI and the restrictive trade-related requirements serve unfairly to restrict the importation of U.S. goods into Argentina.  The measures potentially affect billions of dollars in U.S. exports each year.  Key U.S. exports to Argentina include energy products, electronics and machinery, aerospace and parts, pharmaceuticals, precision instruments and medical devices, miscellaneous chemicals, motor vehicles and vehicle parts, and agricultural products. 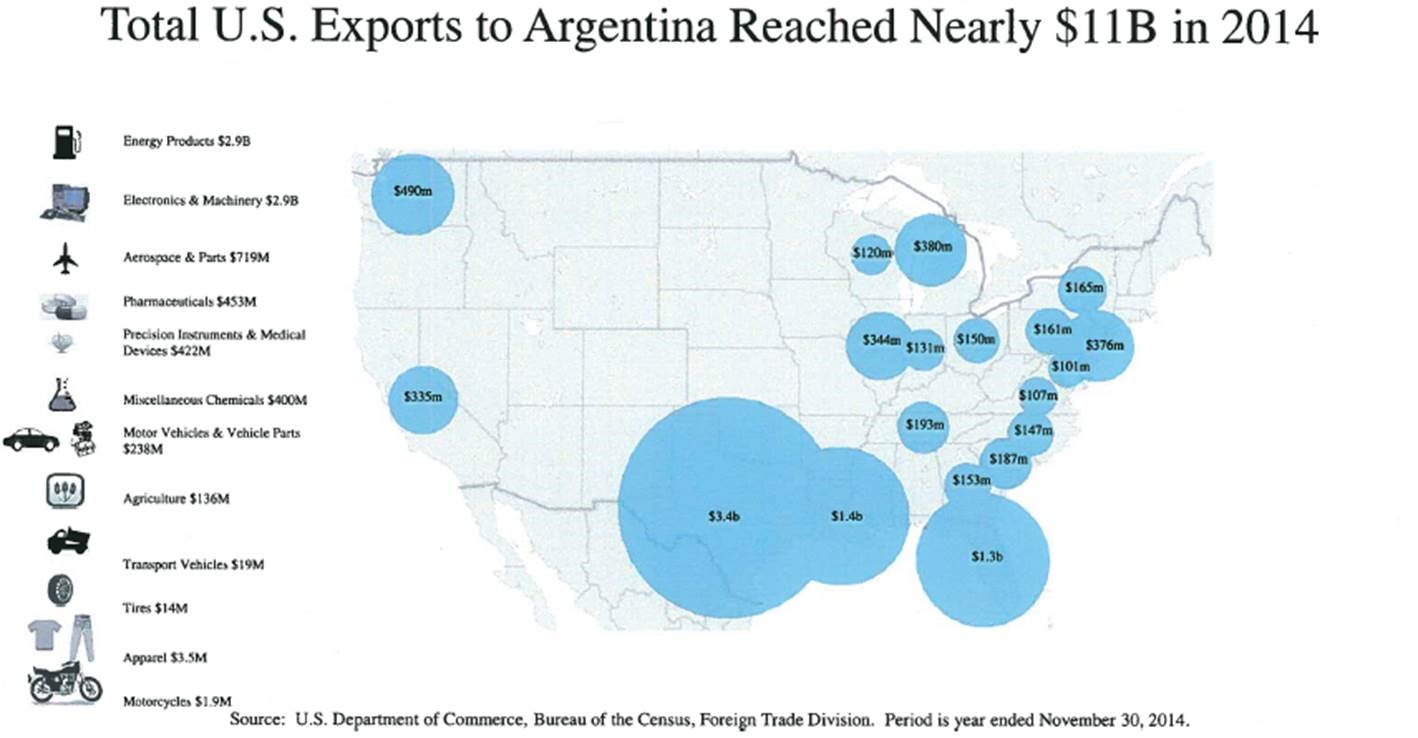 This is the fourth significant WTO victory USTR has announced in the past year.  Previous WTO victories announced since summer 2013 include:

In 2012, the United States initiated this dispute, in cooperation with the European Union (EU) and Japan, by requesting consultations with Argentina concerning its import licensing requirements as well as restrictive trade-related requirements imposed together with those licensing requirements.  After consultations failed to resolve the matter, the WTO established a single panel to consider the U.S. complaint as well as similar complaints filed by the European Union and Japan.

With respect to the DJAI requirement, the Appellate Body upheld the Panel’s findings that this requirement constitutes a restriction on the importation of goods and is therefore inconsistent with Article XI:1 of the General Agreement on Tariffs and Trade 1994 (GATT 1994).  The Appellate Body rejected Argentina’s appeal that the Panel erred in interpreting Article XI:1 and instead found that Argentina had not established any error by the Panel in finding that the DJAI requirement has a limiting effect on imports.  The Panel had found that the DJAI requirement restricts market access for imported products, creates uncertainty as to whether importation will be allowed, does not allow companies to import as much as they desire, and imposes a significant burden on importation.