Trade Adjustment Assistance: The people behind the numbers

This blog is cross-posted from the Department of Labor blog. To view the original blog, please click here.

For more than 40 years, the Trade Adjustment Assistance program has provided critical benefits to workers who have lost their jobs as a result of globalization. In just the past six years, the TAA program has made income support and job training benefits available to hundreds of thousands of American workers across all 50 states.

Who are the workers benefiting from TAA? About 56 percent of them have a high school diploma or less. Their average age is nearly 50. Their average tenure before being laid off? 12 years. Thousands of veterans receive support through the TAA program every year – more than 23,000 veterans have benefited from TAA between Fiscal Year 2010 to Fiscal Year 2014.

In Fiscal Year 2014, about a quarter of TAA participants were re-employed in the manufacturing sector; thousands of other workers secured employment in other sectors such as health care and IT services.

But when we talk about statistics, it’s easy to forget that there are people behind those numbers. People like Michael from New York. 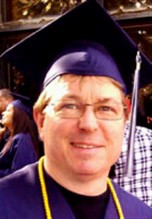 Michael was laid off from his job as a machinist at a New York auto plant after 17 years. He’d been working in machining for more than 30 years, and after being laid off he knew that he would need new skills to find stable employment. He and his wife relocated to Nevada and he pursued medical training through the TAA program. Michael enrolled in a respiratory therapy training program and two years later, at 50 years old, graduated with honors and earned a license to practice respiratory care. He earns more now than he ever did in manufacturing.

There are so many stories like Michael’s – stories of workers who acquired new skills, accessed new opportunities and are now climbing career ladders thanks to TAA. In the most recent fiscal year, nearly 77 percent of TAA participants found employment within six months of program completion, and 90 percent of those who found work were still employed six months later.

The bill currently before Congress to reauthorize and extend Trade Adjustment Assistance would make sure these important benefits continue to be available for workers across the country, and would reinstate expansions that lapsed at the beginning of 2014, so that even more workers would be able to access training and benefits through TAA.