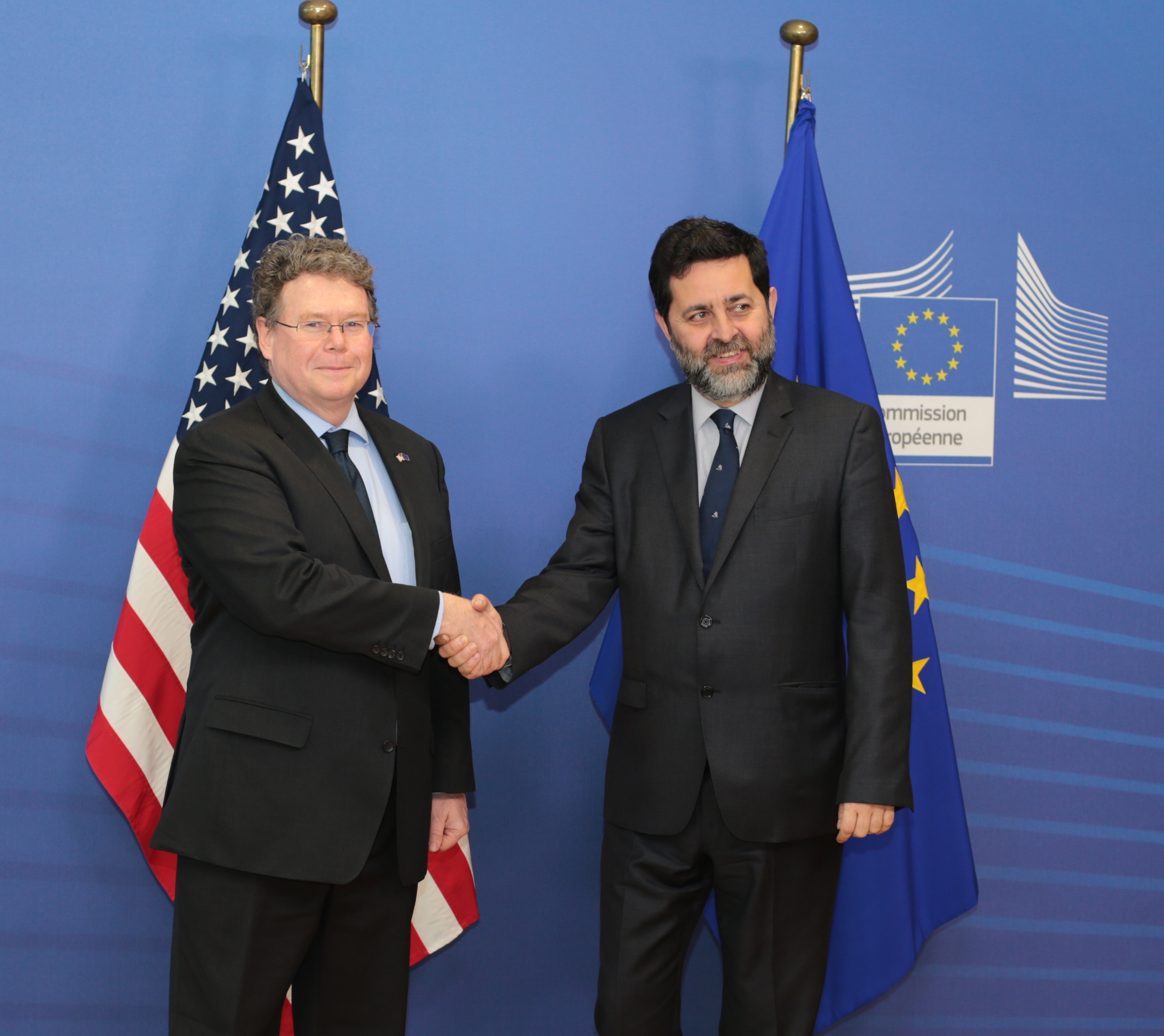 The Transatlantic Trade and Investment Partnership – commonly known as T-TIP – is one of the major focuses of our work here at the U.S. Mission to the European Union. While the transatlantic relationship between the United States and the EU is certainly far broader, dealing with a very wide array of foreign policy, security, humanitarian, and economic issues of mutual interest around the globe, T-TIP is a fitting topic for the first entry for our new blog. We just completed the fourth round of negotiations last week, and it, along with the ongoing situation in Ukraine, consumed most of our attention. Not only did many colleagues from Washington come to town, but we also held events for a group of visiting economic journalists from EU member states with representatives of consumer groups, SMEs, and others.

Having worked on the negotiating teams for many free trade agreements in the past, I was impressed to see the expansion of possibilities for NGOs, consumer groups, and other members of civil society to interact with the negotiators themselves, not only between rounds, but also during them. This highlights, as U.S. Trade Representative Michael Froman and EU Trade Commissioner Karel De Gucht said last month, that both the U.S. and the EU agree “on the important role the public has in continuing to shape our negotiations’ objectives.” -James Wolfe, Spokesman at the U.S. Mission to the EU

For a brief readout of the fourth round, please read on:

For anyone who follows the transatlantic relationship, the buzzword last week was T-TIP. Scores of negotiators from the U.S. and EU were in town for the fourth round of talks on the Transatlantic Trade and Investment Partnership, but they weren’t the only ones. Hundreds of our citizens – from environmental, consumer and other non-governmental organizations, from labor unions, companies and academia, the media and others – also converged on Brussels for a stakeholder event that was held Wednesday.

Everyone there got more than an earful. During a non-stop 3 ½-hour session that took place in four rooms, divided by theme, some ninety participants detailed their T-TIP views and expectations on a wide array of subjects.

Stakeholder events have become a staple of each T-TIP round, whether they’re held in Washington or Brussels. In the front rows – some in spaces with standing room only – this time around were the two chief negotiators, Assistant U.S. Trade Representative for Europe and the Middle East Dan Mullaney and EU Chief Negotiator Ignacio Garcia Bercero, and/or members of their teams, asking the presenters direct questions.

Many of the speakers at Wednesday’s event – and at an EPC think tank panel the day before on how T-TIP could help small businesses benefit from global trade – echoed common themes. In particular, T-TIP should eliminate unnecessary and duplicative regulations while ensuring high, uniform standards, they said. The round ended on Friday with a press conference by the two chief negotiators.

More here on what the U.S. is looking for in the T-TIP + USTR Froman’s statement on the conclusion of the fourth round and a joint document on potential opportunities for small and medium-sized enterprises.