On September 7, Deputy Assistant USTR for Small Business Christina Sevilla spoke to private sector and community leaders at the Dallas-Fort Worth Asian American Citizens Council in Dallas, Texas, about the U.S. trade agenda in the Asia-Pacific region and export opportunities for minority-owned small businesses.   Nearly 200,000 U.S. small- and medium-sized enterprises alone exported $247 billion to the region in 2011 (latest data available), making up 97 percent of all U.S. exporters to the region and 32 percent of all U.S. goods exported there. Additionally, minority-owned firms are more likely to export compared to non-minority-owned firms of all sizes and are five times more likely to conduct business in a language other than English.  Foreign language capability, diaspora, and family ties are big advantages for Asian and minority-owned U.S. firms seeking to sell their products and services overseas. 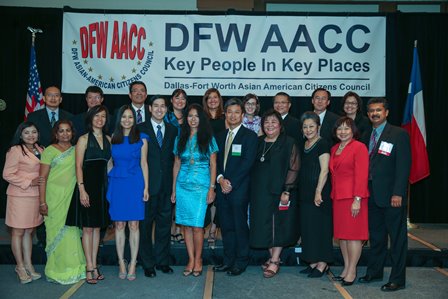 Texas community and business leaders are taking advantage of diaspora ties to grow their businesses through international trade, which in turn supports jobs at home.  For example, the Philippine American Chamber of Commerce of Texas is organizing a trade mission of U.S. small and medium businesses to the Philippines in October 2014, with the participation of other local chambers around the country.  Leading the mission is Chamber President Ethel Mercado, President and CFO of Datalogix Texas Inc., a minority-owned small business provider of wireless engineering services that employs over 200 minority engineers in 20 states.  Texas is a top state trading partner of the Philippines, and Ms. Mercado believes that expanding her business through international trade has been a successful strategy for growth.

In order to help more Texas and U.S. small firms become globally competitive, the Obama Administration is focused on opening markets for  U.S. companies and their workers throughout the Asia-Pacific region, which includes some of the fastest-growing economies in the world.  As a group, the Trans Pacific Partnership (TPP) agreement partner countries - Australia, Brunei, Canada, Chile, Japan, Malaysia, Mexico, New Zealand, Peru, Singapore, and Vietnam - are the largest goods and services export market of the United States.  In pursuing the TPP, the United States is seeking to develop a comprehensive state-of-the art agreement that expands trade and investment with the region, boosts U.S. exports, and supports the creation and retention of high-paying, high-quality jobs in the United States.  The United States is also working through regional fora, such as Asia Pacific Economic Cooperation (APEC) and the Association of Southeast Asian Nations (ASEAN), to enhance economic cooperation and ease the costs of doing business for U.S. exporters.