The American Jobs Act Will Put Pennsylvanians Back to Work

Today, Ambassador Kirk wrote a guest blog post on WhiteHouse.gov about his travels to Philadelphia.  Read the blog post below.

The American Jobs Act Will Put Pennsylvanians Back to Work

Today, I had the opportunity to travel to Philadelphia, Pennsylvania to meet with local business leaders and workers to discuss how President Obama’s new jobs proposal – the American Jobs Act – will put more Pennsylvanians back to work now. During my trip, I joined Mayor Michael Nutter for a visit to Superfit, Inc., a jewelry manufacturer in downtown Philadelphia. I then hosted a meeting of the White House Business Council in the Mayor’s office in City Hall.

Superfit, Inc., which is owned and operated by Gena Alulis, manufactures and distributes custom rings to the worldwide jewelry market. Founded in 1992, the firm's unique product features a hinged design that allows the ring to open and close easily, safely, and securely. Ms. Alulis led me on a tour of Superfit’s factory and I saw firsthand the production of this great American product. I learned during the tour that Superfit recently relocated its headquarters to downtown Philadelphia, where the company was able to expand production and hire additional employees. The American Jobs Act will provide a small business tax cut to Ms. Alulis, which will allow her to bring on even more workers. I also learned that Superfit currently exports to several countries, including the United Kingdom and Canada. At USTR we are working to open markets around the world through the President's National Export Initiative so businesses like Superfit can increase exports. 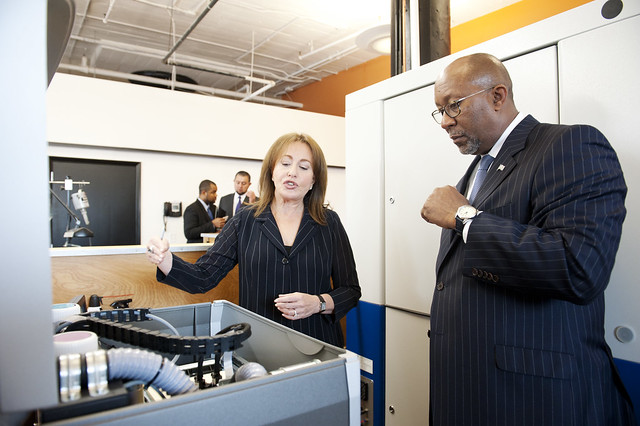 After my visit to Superfit, local government and business leaders joined me for a White House Business Council meeting at Philadelphia’s historic City Hall. During the meeting, I had a very productive dialogue with about two dozen local business and community leaders. I discussed how the American Jobs Act will put workers in the Keystone State back to work, and help hard-working families in these difficult economic times. I spoke with them about all the ways the American Jobs Act, if passed by Congress, will benefit their businesses, workers, and families.

For example, the American Jobs Act will cut taxes to help an estimated 230,000 Pennsylvania businesses – like Superfit – hire and grow. It will provide hard-working Pennsylvania families with a payroll tax cut that will save them an average of $1,500 a year. The American Jobs Act will invest at least $1.3 billion to help put thousands of Philadelphia-area construction workers back to work repairing crumbling roads, bridges, and schools. 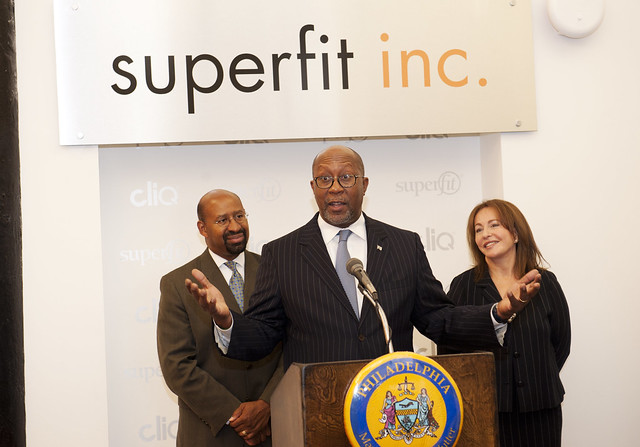 Additionally, the American Jobs Act will send $1.1 billion to Pennsylvania state and local governments to prevent layoffs and support up to 14,400 teachers, police, firefighters, and first responders – which, as Mayor Nutter will tell you, will provide a much-needed boost for Philadelphia right now. It also extends unemployment benefits to help Pennsylvanians looking for work continue to support their families. And the American Jobs Act is fully paid for. It won’t add a dime to the federal deficit.

As the President says frequently, “the purpose of the American Jobs Act is simple: to put more people back to work and more money in the pockets of those who are working.” That’s exactly what it will do for workers in the City of Brotherly Love.